Le Lézard
Classified in: Science and technology, Business
Subjects: PER, FOR, AVO

WASHINGTON, Jan. 13, 2020 /PRNewswire/ -- Former House Intelligence Committee Chairman, Rep. Mike Rogers (R-MI), will serve as Chairman of 5G Action Now, a new advocacy organization established to fight for the rapid deployment of 5G technology in the United States and raise the alarm about the importance of winning the 5G race against China. When in Congress, Rogers worked to emphasize the critical importance of 5G to America's national and economic security, and highlighted the benefits of prioritizing this race and successfully deploying 5G before China. 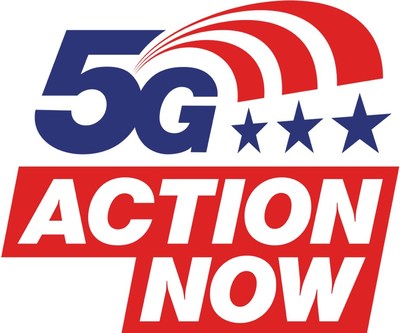 "The Chinese understand how important 5G is to America's economy, national security, and global leadership," Rogers said. "That's why Beijing poured massive subsidies into Huawei, worked to undercut international competition, and waged a campaign of unprecedented economic espionage to dominate 5G. It is crucial that we don't allow China to outspend and outplay us on the 5G field."

According to a recent study, full deployment of 5G technology by 2035 will enable $13.2 trillion of global economic output, and support 22 million jobs. At issue, today, is whether China or the United States takes the lead in deploying this technology and, therefore, reaps the economic rewards derived from dominance in this crucial arena.

The urgency of successfully rolling out 5G across the country cannot be overstated. 5G Action Now supports the Federal Communications Commission's goal of holding an auction, this year, for the allocation of the C-band, the frequency spectrum necessary to deliver ubiquitous 5G services.

"Ensuring American leadership in 5G is not about that next killer app or faster download speeds. It is about securing and strengthening our country's economic future," Rogers said. "We, as a country, need to have a critical conversation about how to prioritize the race for 5G."

Rogers added, "American innovation took us to the moon and can ensure that we surpass China in the 5G race, and permanently establish American leadership. We can do this by smartly deploying 5G technology, something the Chinese are currently focused on. It's time for the U.S. to recognize this and move forward."

5G Action Now is a 501(c)4 advocacy organization that works to educate members of Congress and the American people about this issue. "Leadership of 5G and its rollout is not a Republican or a Democratic issue, it's an American issue. If we cede victory in this race to Beijing, no one wins," Rogers said.

5G Action Now was founded to establish the United States as the worldwide leader in 5G. Our goal is to elevate the conversation regarding American national security and the economic benefits of winning the 5G innovation and deployment battle against China. 5G will spur economic growth in rural America, create an environment for technological expansion, and put the U.S. on strong national security footing for generations to come.

5G Action Now supports the Federal Communications Commission's (FCC) goal of a 2020 C-band auction. Additionally, we support Members of Congress of both parties working together with the federal government to win the 5G race against China.

Mike Rogers is the former Chairman of the House Permanent Select Committee on Intelligence. He is a Distinguished Fellow at Harvard University's Belfer Center where he is leading a program on 5G, national security, and intelligence policy.