CHATSWORTH, Ill., Dec. 10, 2019 /PRNewswire/ -- Nearly $30 million in funds generated by user fees that should be used to reduce the wait time for FOID card applications and for the administration of the Illinois Concealed Carry License (ICCL) program has been diverted to general state spending according to Richard Pearson, Executive Director of the Illinois State Rifle Association. 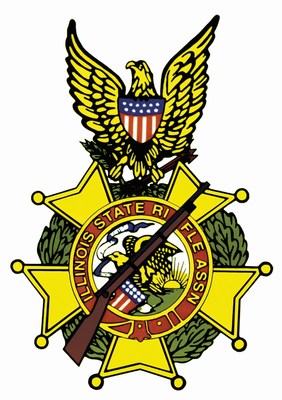 "Five years of fund sweeps is unacceptable and needs to be addressed immediately. Beyond the delays and problems in the FOID and ICCL program, these fund sweeps are hampering citizens from exercising their Constitutional Right. Our office gets daily calls from people who are having difficulties navigating the FOID card process so it's no wonder we see these problems, given a significant portion of the money intended to fund the program has been raided for other state programs," Pearson said.

Efforts by anti-gun groups to push legislation that would more than double the FOID card fee was a call to action for ISRA to get unbiased data on how the FOID and Concealed Carry programs have been managed and how they are funded. The anti-gunners insisted the program was underfunded and therefore the FOID fee must be raised. The experienced ISRA lobby team worked with Rep. Wheeler (R-Oswego) to have the Legislative Research Unit produce an unbiased accounting of the revenues generated by the FOID card and ICCL fees.

"We pursued this investigation because we wanted honest gun owners to know the truth about what was happening to the fees that they pay for the right to own a firearm in Illinois," Pearson said. "We worked with Rep. Wheeler to secure a report from the Legislative Research Unit on what was happening to the user fees and now we know. There is no shortage ? just money being taken from these accounts to be used for other things."

"Clearly, there is not a problem in lack of money from these fees, but an improper allocation of how the money is being spent," Pearson said. "It is unconscionable for the Governor and the Legislature to ask for honest gun owners to pay more money for a Constitutional Right when the money they are already paying is going to fund other programs and services."

Pearson said he is calling on Governor JB Pritzker to end the practice of sweeping these accounts and to ensure that 100 percent of the funds collected from FOID card applications and Illinois Concealed Carry licenses goes to the purposes for which the fees are being collected.

"We understand that the sweeps happened during previous administrations but as Governor, Pritzker is the only one who can stop this egregious practice," Pearson said. "On behalf of Illinois firearms owners, I am calling on him to bring these fund sweeps to an end."