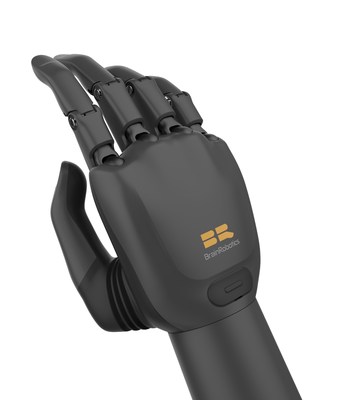 BrainCo's prosthetic hand works by detecting the electrical signals an amputee's residual limb produces as they imagine moving the prosthetic. It then decodes these signals to actually move the prosthetic, just like they would their hand. The difference for BrainCo's hand is it comes with an advanced algorithm that allows users to control the hand at a greater level than before. BrainCo's hand gives users control over individual finger movement. Also, instead of only using pre-programmed gestures, users can define their own gestures and train the hand to respond to their intentions. Users have used BrainCo's prosthetic hand to play the piano, write calligraphy, and complete everyday tasks.

BrainCo has begun preparing for the FDA approval process and plans to have the product available on the market in the second half of 2020. BrainCo aims to deliver their prosthetic hand for $10,000-$15,000.