SEOUL, South Korea, Nov. 25, 2019 /PRNewswire/ -- Fight to Fame, the first blockchain-based sports entertainment platform paving new paths to fame for action superstars, announced the first office of Fight to Fame Asia in Seoul, South Korea, which comes only a few weeks after European office announcements. The company's rapid expansion is part of their search for up-and-coming action stars and a growing network of local media and entertainment partnerships. 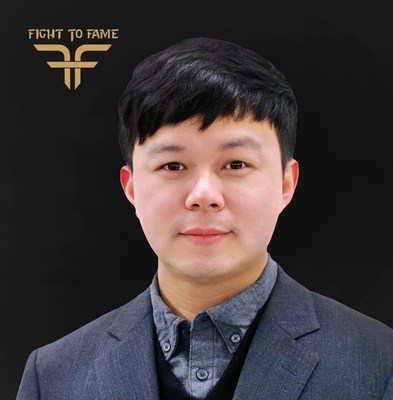 Chairman Jake Yun said that, "As a lucky person having invested in cryptocurrency, I have earned a lot of wealth and have a certain wealth base. In Korea, whether in blockchain technology, cryptocurrency, digital currency exchanges and community media, we have a very strong online community. As the founder of this online community, I have seen many cryptocurrency projects, including project white papers, and have never seen such a good profit model of Blockchain+Movie+Sports, which was first created in the cryptocurrency field by Fight to Fame. Such a strong application scenario, especially the action star reality show created by the blockchain technology, is the first in the world, and will surely be loved and paid attention by many sports fans and movie audiences around the world. I am very fortunate to be the exclusive partner of Fight to Fame in Korea. I will definitely introduce Fight to Fame's unique model and FF Token, wealth profit growth space to every friend and interested investor in Korea."

Fight to Fame is currently accepting applications globally for its upcoming reality TV show where unknown fighters and hopefuls compete for the chance of a lifetime -- a role in an action movie funded by top studios. Even for contestants who don't make it as far as the final prize, there are perks including training in movie fighting and mentorship by legendary world champions like Roy Jones Jr., Rigan Machado, and Chris Van Heerden. Fans will be able to vote for and engage with their favorite contestants along the way, on a platform backed by blockchain technology.

This Asian expansion is a major milestone in growing the company's global footprint as it continues it search for contestants for its action star Reality TV show, coming 2020.