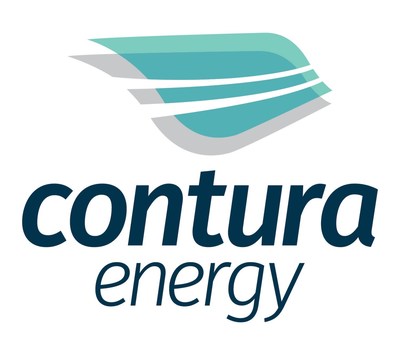 "With global metallurgical coal market conditions deteriorating to a 3-year low and our thermal cost performance coming in weaker than expectations, Contura ended the third quarter with a disappointing Adjusted EBITDA result," said chairman and chief executive officer, David Stetson. "We are keenly focused on cost control and are confident that our 2020 cost performance will be greatly improved over the current year."

Total Adjusted EBITDA was $40.0 million for the third quarter, compared with $140.8 million in the second quarter.

Beginning with the third quarter, the company will report Central Appalachia - Met (CAPP - Met) and Trading & Logistics (T&L) segments as a single reportable segment under the CAPP - Met designation. T&L will no longer be reported as a standalone segment. To conform to the current period reportable segments presentation, the prior periods have been restated to reflect the change in reportable segments.

Cost of Coal Sales Per Ton(1)

NAPP costs of $43.87 per ton increased due to lower production volume, primarily associated with the previously-announced longwall move and employee vacations. In the second quarter 2019, NAPP cost of coal sales averaged $30.86 per ton. CAPP - Thermal cost of coal sales was $59.17 per ton in the third quarter, up from $51.45 per ton in the second quarter due to lower production at the Empire Mine, which was mined out, and Republic Mine, where the production was adjusted due to soft thermal coal sales. In addition, a $3 million environmental settlement was incurred during the quarter, contributing approximately $3.00 per ton to the CAPP - Thermal variance.

Cash provided by operating activities for the third quarter 2019, including discontinued operations, was $20.4 million, and capital expenditures for the third quarter were $60.3 million, including approximately $16.5 million associated with the Pax and Lowell metallurgical mine transactions. Working capital was essentially unchanged from the second quarter. In the prior period, the cash provided by operating activities was $102.5 million and capital expenditures were $42.8 million.

At the end of September 2019, Contura had $152.6 million in unrestricted cash, a decrease of $97.0 million in the third quarter, and $290.7 million in restricted cash, deposits and investments. Total long-term debt, including the current portion of long-term debt as of September 30, 2019, was approximately $592.8 million. At the end of the third quarter, the company had total liquidity of $354.1 million, including cash and cash equivalents of $152.6 million, unrestricted investments of $25.1 million and $176.4 million of unused commitments available under the Asset-Based Revolving Credit Facility. As of September 30, 2019, the company had no borrowings and $48.6 million in letters of credit outstanding under the Asset-Based Revolving Credit Facility.

After adopting a $250 million capital return program in the second quarter, the company's board authorized a $100 million stock repurchase plan on August 29, 2019. As of September 30, 2019, Contura had repurchased approximately 1.03 million shares for an aggregate consideration of $32.5 million, or $31.54 per share. Subsequent to the quarter end, the company has suspended future repurchase activities due to continued softness in the metallurgical coal markets and accelerated cash outflows associated with the PRB transaction.

As part of the agreement between Contura and ESM, Contura paid to ESM cash consideration of $81.3 million and has agreed to pay an additional $8.7 million into an escrow account to be released to ESM when Contura is satisfied that certain federal royalty claims have been released. Furthermore, Contura has paid $13.5 million to Campbell County, Wyoming for ad valorem back taxes.

For 2020, the company expects its CAPP - Met shipments to increase from 2019 to a range of 12.7 million tons to 13.3 million tons, while CAPP - Thermal volume is being reduced to 3.4 million tons to 4.0 million tons. NAPP is also expected to be lower in 2020 with a guidance range of 6.0 million ton to 6.8 million tons as we prepare to move into a new district in 2021 with longer panels and fewer longwall moves, which we expect to increase our productivity and efficiency starting in 2022.

The company plans to hold a conference call regarding its third quarter 2019 results on November 14, 2019, at 10:00 a.m. EST. The conference call will be available live on the investor section of the company's website at http://investors.conturaenergy.com/investors. Analysts who would like to participate in the conference call should dial 877-791-0213 (domestic toll-free) or 647-689-5651 (international) approximately 10 minutes prior to the start of the call.

Management uses non-GAAP financial measures to supplement GAAP results to provide a more complete understanding of the factors and trends affecting the business than GAAP results alone. The definition of these non-GAAP measures may be changed periodically by management to adjust for significant items important to an understanding of operating trends. Because not all companies use identical calculations, the presentations of these measures may not be comparable to other similarly titled measures of other companies and can differ significantly from company to company depending on long-term strategic decisions regarding capital structure, the tax jurisdictions in which companies operate, and capital investments.