Le Lézard
Classified in: Science and technology, Business
Subject: PER

Next stage of growth for the challenger consultancy 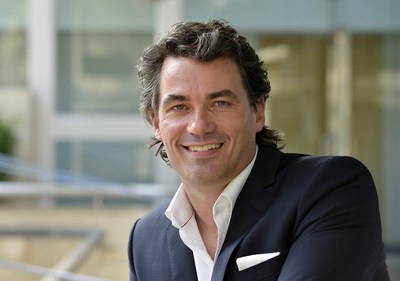 Gavin has had an extensive career across the media, advertising and consumer goods industries. He brings with him a wealth of experience in innovation and effecting dramatic transformation for large businesses, which is what Elixirr have successfully done for their clients around the world since forming in 2009.

Gavin joins a Board of existing senior advisors who will continue to drive the the firm as it executes on its ambitious growth plans. Last year Elixirr saw 33% growth in revenue and expects to deliver another record year in FY 19-20.

About his appointment, Gavin said:

"I'm delighted to join Elixirr as Chairman. The firm's growth is admirable, and they have built a strong, authentic brand and a very talented team ? an impressive achievement for such a young firm. Elixirr's reputation for innovation and making meaningful change happen quickly for large corporates is unrivalled. I've worked with many consulting firms over my career and their approach is unique. No other firm is doing anything in this space quite like Elixirr and I'm looking forward to being a part of their next exciting growth chapter."

"I'm thrilled to have Gavin join Elixirr's leadership team. His experience and knowledge across industries speaks for itself and we are very much looking forward to what we will achieve together as we execute on our ambitious growth plan, and enter into our second decade in business. Helping large corporates across different industries keep up with what their customers now expect through innovation and agile transformation is what we do with our clients around the world, and Gavin's expertise in this area strengthens our team even further, having led some of the biggest businesses in the world through exactly this type of journey."

Gavin's appointment follows the appointment of two new Partners, Mark Gaunt and Cesar Jelvez, announced last week as the firm continue their rapid growth in the UK, US and South Africa.

Patterson served as Chief Executive of BT Group from 2013-19. During his tenure at BT, he completed the UK rollout of the superfast fibre and started the deployment of ultrafast fibre. He led the £15 billion acquisition of EE, launched BT Sport, expanded BT's cyber security practice and championed BT's social purpose agenda. He joined BT in 2004 as Managing Director Consumer and joined the board as CEO BT Retail in 2008. Prior to BT, he spent four years at Virgin Media and nine years at Procter & Gamble.

Patterson is a Non-Executive Director at British Airways plc, the APAX backed AI business Fractal and a Trustee of the British Museum. He graduated from Cambridge University with a MEng in Chemical Engineering.

Founded in 2009, Elixirr has grown to a team of 140 people working across the world with bases in the US, Europe, Africa and Australia. They have partnered with over 100 clients on more than 800 projects in that time and generated a total revenue of £21.4 million in FY 2018-19. Elixirr are growing particularly fast in the United States, having seen 680% revenue growth last year.

This year, Elixirr launched their latest original content series, Airtime, available on Amazon Prime. The show tells the inspirational stories of a series of entrepreneurs. By flying them over, and to, the places that shaped who they are today, Stephen Newton digs into where they get their drive from, how they made it, and who shaped them along the way. These are the stories of the founders of some of the world's most innovative and disruptive companies. All told at 3,000 feet.

Find out more at www.elixirr.com