Four in five global investors plan to increase allocations to China in next 12 months, according to EIU and Invesco study

NEW YORK, Nov. 11, 2019 /PRNewswire/ -- Over 80% of global investors plan to increase either significantly or moderately their organization's allocation to Chinese investments over the next 12 months, according to an Economist Intelligence Unit survey on global investors' China exposure, commissioned by Invesco.  Only 4% plan to reduce exposure to China. 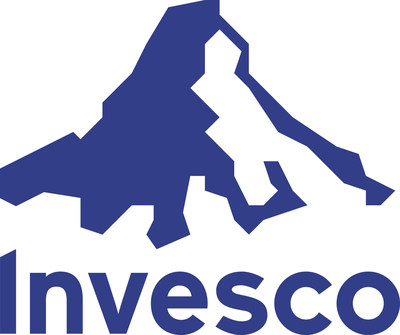 The China Position, a survey of 411 asset owners and professional investors across North America, Asia Pacific ("APAC") and Europe, Middle East & Africa ("EMEA"), collected responses from executives at global organizations on exposure to Chinese investments.  Respondents included asset and wealth managers, assets owners including insurance companies and sovereign wealth funds as well as commercial banks.  Assets under management at surveyed organizations spanned from US$500m to greater than US$10bn.  Respondents generally described their organization's China exposure as above average when compared to industry peers.

Marty Flanagan, President and CEO of Invesco said: "The findings are promising and support our view that China's massive growth and continuing efforts to allow greater access to its markets represent a significant and increasingly attractive opportunity for both domestic and global investors.  Having helped investors navigate markets in China for more than 30 years, we share the view that a thoughtful allocation of Chinese asset classes can play a meaningful role in helping investors achieve their long-term investment objectives."

According to the survey results, nearly 90% of respondents have "dedicated investment exposure" to China, where "dedicated" referred to those investments that are deliberately China-specific and not part of a broader regional or other grouping such as emerging markets.  This could include specific allocation to equities, fixed income or alternative assets through managed funds, ETFs or other investment vehicles.  For the remaining 10% without this dedicated allocation, about two-thirds still pursue China exposure through a global-, Asia- or emerging-market basket.

While "improvements to my organization's China expertise" is the top driver among survey respondents for having dedicated investment exposure to China (41%), advancements such as improved corporate reporting, legal protections, regulatory oversight and financial intermediaries are also significant factors for survey respondents to consider increased investment in the country.

For those organizations without a dedicated allocation, the top challenge cited for investing in China was "lack of transparency in the financial system for foreign investors" at 39.5%.  Three additional challenges were cited by over 30% of respondents: concerns about legal protections, concerns about economic stability, and lack of trusted financial intermediaries.  When asked what catalysts might make their organization consider dedicated exposure, over 50% of respondents cited increased legal protections for foreign investors.

Andrew Lo, Senior Managing Director and Head of Asia Pacific at Invesco, said: "The results of this comprehensive survey support much of the broader sentiment we are seeing from our global clients.  Many have begun to recognize China as a key investment destination and a pillar of global portfolio allocation.  Chinese authorities have shown their commitment to support investor interest in the country's capital markets, and we have already seen constructive steps such as the lifting of investment quotas in the QFII program earlier this year."

Survey respondents with a dedicated China exposure cited multiple objectives for maintaining this allocation.  The top response was portfolio diversification at 87%, followed by "gaining experience for internal teams" at 69%; seeking alpha was third at 62%.  When asked whether these objectives had been met, 77% agreed that they had, while 21% said it was too early to tell and 1% said that objectives had not been met.

In line with China's rising position as a global leader in technological development, technology innovation (such as artificial intelligence, robotics, etc.) is the top investment theme most likely to attract investment from the organizations surveyed at 58% of respondents, followed closely by financial services at 51% and "New Economy" services such as healthcare, IT and education in third at 41%.  The renewable energy segment represented another significant theme that was likely to attract investment, particularly in North America at 39% of respondents, tied with "New Economy" services for likely investment.

Jason Wincuinas, Senior Editor at Economist Intelligence Unit, said: ""The bullish stance uncovered in this survey was illuminating. Despite the ups and downs of global stock exchanges, the 12-month outlook from some of the world's largest investors was distinctly positive. We also learned that these organizations are leveraging China's burgeoning financial-market reforms, with the overwhelming majority claiming to have some form of onshore business operations. And we conducted this survey before some of the most recent announcements about easing restrictions on foreign investors, which indicates China was already much more integrated into the global economy than might have been expected."

Andrew Lo concluded: "We are encouraged that investors in this survey are allocating to Chinese investments not only for portfolio diversification and performance but also as a means of enhancing their own organization's China expertise.  This is creating an institutional base of knowledge among global investors that provides familiarity and confidence to invest in Chinese markets, and this is set to accelerate as barriers to entry fall and the market continues to liberalize. Moreover, any progress between the US and China in resolving their current trade dispute should further improve sentiment."

About Invesco
Invesco is an independent investment management firm dedicated to delivering an investment experience that helps people get more out of life. NYSE: IVZ; www.invesco.com.

Notes to Editors
The China Position full report for Professional Clients can be found at http://inves.co/china_position.

Appendix ? Sample and methodology
The China Position is an Economist Intelligence Unit report, sponsored by Invesco, that analyses results from a survey of 411 institutional-investor and asset-owner organizations (200 in EMEA, 100 in North America and 100 from Asia-Pacific). Respondent seniority ranged from vice-president to C-suite management at asset and wealth management firms, commercial banks, endowment funds, family offices, government agencies, hedge funds, insurance and reinsurance companies, pension funds and sovereign wealth fund. Assets under management at surveyed organizations spanned from US$500m to greater than US$10bn. The survey was conducted over August and September 2019. Respondents generally described their organization's China exposure as above average when compared to industry peers.

Important information
This press release is for trade press for informational purposes only. Circulation, disclosure, or dissemination of all or any part of this article to any person without the consent of Invesco is prohibited.

All data are sourced from Invesco dated 30 June 2019, unless otherwise stated. This document contains general information only. It is not an invitation to subscribe for shares in a fund nor is it to be construed as an offer to buy or sell any financial instruments. Nor does this constitute a recommendation of the suitability of any investment strategy for a particular investor. While great care has been taken to ensure that the information contained herein is accurate, no responsibility can be accepted for any errors, mistakes or omissions or for any action taken in reliance thereon. Investment involves risks. Past performance is not indicative of future performance.

The distribution and offering of this document in certain jurisdictions may be restricted by law. Persons into whose possession this document may come are required to inform themselves about and to comply with any relevant restrictions. This does not constitute an offer or solicitation by anyone in any jurisdiction in which such an offer is not authorized or to any person to whom it is unlawful to make such an offer or solicitation.

Where Marty Flanagan, Andrew Lo and Jason Wincuinas have expressed opinions, they are based on current market conditions and are subject to change without notice. These opinions may differ from those of other Invesco investment professionals.

This document is issued in:
the US by Invesco Advisers, Inc., Two Peachtree Pointe, 1555 Peachtree Street N.E., Atlanta, Georgia 30309, USA.