WASHINGTON, Nov. 10, 2019 /PRNewswire/ -- In observance of Veterans Day, MAZON: A Jewish Response to Hunger honors the history and legacy of the nation's Native American veterans who served in the Army, Navy, Air Force, Marines, or Coast Guard. 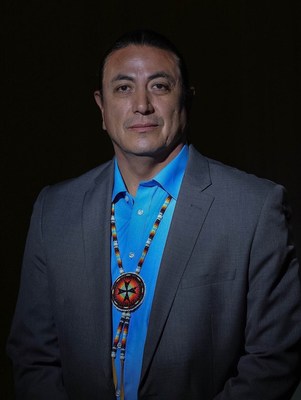 On Veterans Day we are reminded that November is also Native American Heritage Month, a time to recognize the service and culture of American Indian, Alaskan Native, and Native Hawaiians -- communities that have been long over-represented among our Nation's veterans, demonstrating a dedication to service and patriotism that inspires us all.  We pay special tribute to Indian Country veterans who fought for our collective freedom on the battlefield, at home, and in posts worldwide -- all the while aware that the country they served was not keeping its commitments to them.

Archambault said, "MAZON is a thoughtful partner in advocating for solutions to the very real crises affecting tribal communities, oftentimes resulting from the systemic challenges of hunger, poverty and living in areas that are rural and remote. Today as we lift up our brothers and sisters who served in the U.S. military, I am proud to join MAZON in advocating for real and meaningful change in our community, including the need to create a food secure and food sovereign environment for the next generation. In doing so, we strive to enable positive life experiences in a sustainable and meaningful way, with life lessons for successive generations. Together we can create the change that is needed at the community level, one community at a time. Or, we have to at least try to do so."

While Native Americans experience the highest record of military service per capita, they also experience food insecurity in disproportionate numbers.

MAZON President & CEO Abby J. Leibman said, "It is imperative that we make food security and food sovereignty in Indian Country national priorities.  For too long our nation has failed our Tribal Nations, and the time has come to recognize their needs and respond to them with resources and respect. It is a cornerstone of MAZON's long history of advocating for food security and food sovereignty for Tribal Nations -- including the thousands of veterans who are members of those Nations -- that nutritious and culturally relevant food is accessible and on the table. Being able to eat the food of one's choosing is a cultural necessity central to our very humanity."

For almost a decade, MAZON has led national efforts to address food insecurity among U.S. veterans and currently serving military and has partnered with Native-led organizations to support Tribal Nations to advance Native-led food policy to achieve food security and food sovereignty in Indian Country.

The barriers to food security among tribes include high rates of poverty, greater geographic distances, lack of access to traditional foods, and a lack of greater tribal control and administration of federal nutrition assistance programs.

Since the American Revolutionary War, and for over 200 years, Native people have come to the aid of the United States in every war and conflict.  There are approximately 140,000 Native American veterans alive today and about 31,000 serving in the U.S. military in Iraq, Afghanistan and elsewhere around the world.

The Native American Veterans Memorial will be unveiled in Washington D.C. next year, a long overdue recognition. As we honor the contributions of Tribal Nations to our country's defense, let us not forget the difficult reality that too many veterans in Indian Country and elsewhere are struggling with hunger. We need to do much more in recognition of their sacrifices in fighting for our freedom. 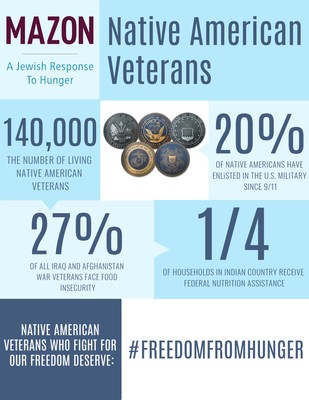