NEW YORK, Oct. 30, 2019 /PRNewswire/ -- Today, the New York City Council has voted in favor of legislation, Intro. 1378, to ban foie gras sales in New York. The three main producers of foie gras to restaurants and retail food stores in New York City ? Hudson Valley Foie Gras, La Belle Farm and Rougié ? have joined together to form the Catskill Foie Gras Collective. They have been challenging the ban for months. 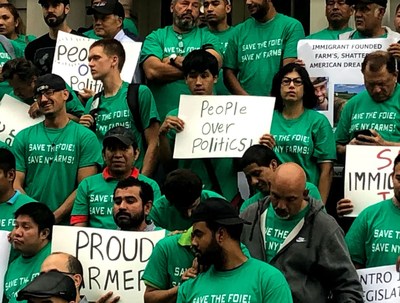 The collective has sought out to educate consumers, the New York City Council, and members of the media on the humane farming practices as well as the detrimental effects a ban would have for hundreds of families in New York state:

While the ban, known as Intro. 1378 has passed, it is important to note that based on the bill's delayed effective date, foie gras will remain completely legal to sell in New York City for at least the next three years.

Now that the ban has passed, the collective fully intends to continue their battle and oppose the restriction on New Yorkers' freedom of choice. The ban will be challenged in court by the collective. A federal court in California has already once declared the state's ban on foie gras to be unconstitutional.