Fort McKay First Nation Chief: "Even as we seek the court's help to protect our Treaty rights, we're hopeful the new government will make the right decision on Moose Lake."

EDMONTON, Oct. 29, 2019 /CNW/ - Today, at the Court of Appeals in Edmonton, the Fort McKay First Nation's lawyers will make their argument to overturn the Alberta Energy Regulator's approval of Prosper's Rigel project. This court action is a last resort to persuade Alberta to uphold the Honour of the Crown and to protect Fort McKay's Treaty rights. Nonetheless, the community still hopes that Alberta's new government will approve the Moose Lake Plan and its provisions for responsible development so that government, industry and the First Nation can get back to working together, as they've done for over 30 years. 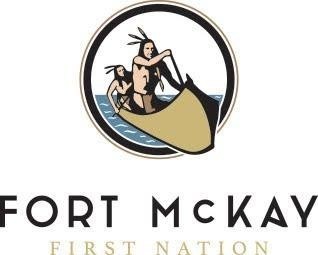 "Fort McKay has been a contributor to Alberta's oil sands sector for decades. That is part of our history and we are proud of it. That is why it is with a heavy heart today that we must seek the court's help to protect the Moose Lake area, the last undisturbed wilderness within our traditional territory on which we have pursued a traditional way of life for millennia," says Chief Mel Grandjamb of Fort McKay First Nation. "But a new Alberta government gives us cause for optimism. We believe Alberta's new leaders will agree that the Moose Lake Plan is fair and reasonable, and we're optimistic that they will approve the plan we have developed together."

The Moose Lake Plan is designed to manage access and development in the Moose Lake area, by ensuring development occurs in an orderly and phased manner that protects the area's ecological and cultural integrity. The Plan was co-developed with government and industry partners after more than a decade of discussion, commitments by various governments and ongoing collaborative efforts. The current working draft, the result of four years of effort, addresses the concerns raised by stakeholders, including the energy and forestry sectors, during a six-month consultation period.

"I think most Albertans would be pleased to learn just how far we've gone in this plan to address industry's concerns even while protecting our own Treaty rights," says Grandjamb. "It represents more than a decade of good faith negotiations and compromise."

The Moose Lake area, 65km northwest of Fort McKay, is the last remaining undisturbed wilderness that meaningfully connects the community to its heritage, ancestry and traditions in the Athabasca oil sands area. Among First Nations, Fort McKay is a leader in oil sands development and has been a long-standing partner with the energy sector for decades. The Moose Lake Plan is the best solution to grow the industry responsibly in a sacred area while also protecting Treaty rights.

Prosper's Rigel Project was approved by the Alberta Energy Regulator in June 2018 inside the area specified by the Moose Lake Plan despite the fact the plan was still being developed. The project's impacts on traditional land use and cumulative effects are significant.

Once approved, the Moose Lake Plan will minimize industry impacts on the Moose Lake area, provide regulators with requirements for land use decisions and create certainty for industry on how to responsibly develop bitumen and forestry resources in this wilderness that is sacred to Fort McKay.

"We have come so far in working with government and industry on a way to develop what is a win-win-win solution," says Chief Grandjamb. "Let's cross the finish line. Let's get this Moose Lake Plan in place so we can protect Treaty rights and continue to grow our energy sector together."