ADELANTO, Calif., Oct. 22, 2019 /PRNewswire/ -- Tikun, the premium cannabis brand which first became available in California earlier this year, has announced the Grand Opening of its new state-of-the-art cannabis cultivation and processing facility in Adelanto.  Tikun's "innovation epicenter" will officially open on Thursday, October 24 at 3 p.m. with welcoming remarks from Tikun and Adelanto Mayor Gabriel Reyes. Attendees, including Adelanto City Council members, will then be taken on a behind-the-scenes tour to learn more about the facility and its innovative technology. 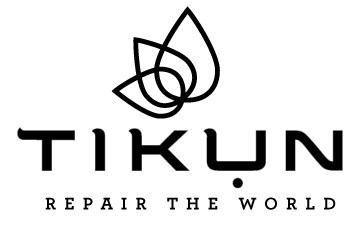 The 80,000 sq ft Nextgen Light Deprivation Automated Greenhouse, with a 20,000 sq ft support facility, and 32,000 sq ft production and processing center, are outfitted with top-of-the-line technologies like Ultra-Efficient Spectrum King LED lighting, fully-automated Meteor Fertigation system, Dual Nextgen evaporative cooling system with 1000 psi humidity controls, among other features.  The facility allows for cultivation, liquid chromatography analytics, CO2 supercritical extraction, formulation, trimming, packaging, and distribution, all on-site.  The first harvest is scheduled for early 2020 and the products from this facility are projected to be available in February.

Tikun has garnered a global reputation for excellence by cultivating proprietary high-quality cannabis strains, six medicinal varietals which will be grown at the Adelanto facility and have shown clinical efficacy in providing symptomatic relief for a wide variety of conditions.

"We're delighted to unveil the first of three phases in our plan to provide Tikun's premium cannabis medicine to all of California," said President of Tikun California, Rami Vardi. "We are humbled by the Adelanto community's encouraging reception of Tikun's operation and we look forward to further expanding our reach statewide, which this milestone opening will soon make possible."

Tikun has been aggressively expanding across Southern California and just last month inked a deal with leading U.S. cannabis retailer, MedMen, to widen its retail presence in the state.  For more information about Tikun or to view a list of dispensaries where Tikun products are available, visit www.tikunca.com.

ABOUT TIKUN OLAM  (Tikun):
In 2016, TIKUN, partner of the international premium cannabis brand Tikun Olam, was launched, in conjunction with the liberalization of cannabis laws in the United States, and the first sales began in the state of Delaware. Since then, Tikun's footprint has expanded to include Florida, Washington, Nevada, Washington D.C, Pennsylvania, Maryland, Massachusetts, and now California with more states on the way. Tikun Olam (Hebrew for "Repair the World") is a global leader in medical cannabis, boasting one of the world's largest cannabis treatment databases, and dedicated to improving the overall wellness and quality of life of patients worldwide. For more information visit www.tikunolam.com