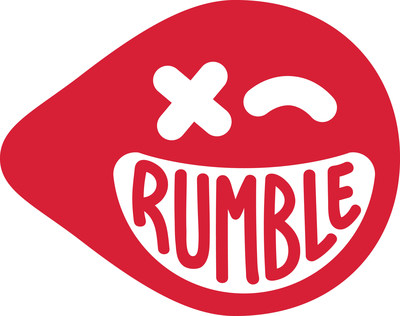 Rumble Training is a 45-minute, 10-round, strength and conditioning workout that delivers serious results in a fun and high-energy setting. Spend half the class on Technogym Skillrun treadmills, which have three levels to start: Beginner, Intermediate or Advanced ? and the other half doing strength training on Rumble's proprietary floor-side benches, equipped with dumbbells and resistance bands. The Technogym treadmill touchscreen interface allows users to choose their level and seamlessly toggle between pre-set speeds and inclines. Powered by custom Rumble remixes that blend hip hop, house, and timeless classics, Rumblers will walk out sweat-drenched and maxed-out with an endorphin high like none other.

Technogym's Skillrun is the first treadmill to combine cardio and power training in a single solution, designed to reach speeds up to 25mph, as well as inclines of 18%. Each of the Skillrun's have a unity interface and a flashing Fast Track Control for better visibility in the dark studio.

"The Rumble Training anthem is, how you TRAIN is how you FIGHT; and how you FIGHT is how you live your life!  Rumble Boxing brought accessibility and incredible experiences to the group fitness space using the sweet science of boxing, and now Rumble Training is the second concept that utilizes the sweet release of running.  Using our custom-designed Italian Technogym treadmills, we've been able to fully specify our user interface and console to make the running segments approachable, easy to navigate, and fun," says Rumble Training co-founder Noah Neiman. "The secondary menu will allow you to quickly get to the treadmill's cues that the trainers deliver while having a backup projector system to display the entire 3-minute interval along the way.  In addition to the bespoke Technogym treadmills, we also have weights and custom-designed bands specifically for Rumble Training, which is the same elevated aesthetic with curated music using our world class DJs, and to top it off: our Rumble sauce. Fight or Flight are our two oldest primordial instincts. We taught you how to fight, now we're going to teach you how to fly."

About Technogym:
Founded in 1983, Technogym is the world's leading international supplier of technology and design driven products and services in the Wellness and Fitness industry. Technogym provides a complete range of cardio, strength and functional equipment alongside a digital cloud-based platform allowing consumers to connect with their personal wellness experience anywhere, both on the equipment and via mobile when outdoors.  With over 2,000 employees and 14 branches globally, Technogym is present in over 100 countries. More than 80,000 Wellness centers in the world are equipped with Technogym and 40 million users train every day on Technogym. Technogym was the official supplier for the last seven editions of the Olympic Games: Sydney 2000, Athens 2004, Turin 2006, Beijing 2008, London 2012, Rio 2016 and PyeongChang 2018.