WASHINGTON, Oct 18, 2019 The Alliance for Israel Advocacy (AIA) (www.israeladvocates.org) responded to Malaysian Prime Minister Dr. Mahathir Mohamad's recent and well publicized speech at Columbia University, which was laced with anti-Semitic comments. Joel Chernoff, Executive Director of AIA said, "Dr. Mahathir's comments were appalling, and have no place in civilized discourse. Sadly, we've seen this before, as he has a history of anti-Semitic, venomous remarks. But, to say such things here on U.S. soil and unabated at a respected and revered university is insulting and intolerable." 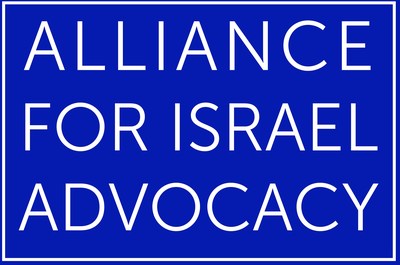 Dr. Mahathir, in remarks before Columbia's World Leader's Forum on September 25 questioned the number of Jews that were killed in the Holocaust, claiming that, "Jews rule the world by proxy," and declared Jews a "hook-nosed" people. His remarks have brought condemnation from Jewish leaders globally. Columbia University's President Lee Bollinger described the Malaysian leader's remarks as "abhorrent," yet this known and outspoken anti-Semite was given an honored speaking assignment.

Rabbi Dr. Joel Liberman, President of the Messianic Jewish Alliance of America, added, "It seems that not only is anti-Semitism on the rise around the world, but is increasingly and brazenly asserted in the halls of the U.S. Congress and academia with diminishing consequences. AIA will not sit idly by and allow a lack of accountability on this critical issue to go unchecked."

Chernoff further asserts, "This form of brazen anti-Semitism must not be allowed to be promoted in the U.S. Today, we call upon President Trump, his administration and leaders in Congress to publicly censure Dr. Mohamad's hate speech. America's leaders must send a forceful message that anti-Semitism will not be tolerated or unchallenged in the public discourse of this nation without serious repercussions."

The Alliance for Israel Advocacy (AIA) seeks to activate and organize American support for Israel by articulating Israel's biblical claim to the Land. AIA is the public policy arm of the Messianic Jewish Alliance of America which is the largest organization worldwide representing the Messianic Jewish community. AIA seeks to equip the Christian church, policy makers and the media with resources to foster greater understanding of the biblical case for Israel's claim to the historic Land of Israel, her right to self-determination, and for her role in world redemption.