VANCOUVER and COAST SALISH TERRITORY, Oct. 9, 2019 /CNW/ - Today, the leadership of the Coast Tsimshian (Lax Kw'alaams Band and Metlakatla First Nation), the Haisla Nation and the Nisga'a Nation together signed a historic Memorandum of Understanding (MOU) on Climate Change, creating the Northwest Coast First Nations Collaborative Climate Initiative (FNCCI). Collectively, the leaders are acting on the basis of their traditional laws in the interests of children and future generations. 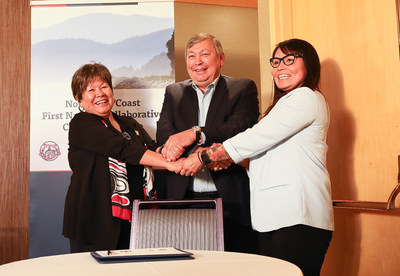 The MOU describes how the four Nations will collaborate on achieving their shared vision of implementing a First Nation, Provincial and Federal climate policy framework that maximizes Canada's impact on mitigating climate change on a global level in keeping with the Provincial Government's CleanBC and the Pan-Canadian Framework on Clean Growth and Climate Change. The Nations signed the MOU while attending the World Indigenous Business Forum in Vancouver.

The Nations believe a major focus of all climate policy frameworks should be the displacement of coal-fired generation in the most polluting jurisdictions of the world with gas products from British Columbia ? gas that has the lowest carbon footprint of any produced in the world. The signatories further believe that some of the credit for the reduction in global greenhouse gases (GHGs) should be transferred to Canada from countries who receive the natural gas via Internationally Transferable Mitigation Outcomes as enabled under Article 6 of the Paris Accord.

British Columbia gas products will be delivered by and through First Nations territories and businesses in a manner that maintains the highest environmental standards while contributing to First Nations economic self-determination and the alleviation of poverty.

To achieve the visions of all climate policy frameworks, supporting infrastructure for the delivery of gas products, including pipelines and terminals, will need to be supplied with electricity from renewable sources. The signatory Nations are committed to participating in the planning, management, construction and ownership of this new energy supply infrastructure.

Our Nations are committed to working collaboratively with each other, with Federal and Provincial Governments, with other First Nations, with energy project developers and with environmental organizations to get the policy framework right and to help plan and construct the electrification infrastructure to deliver new sources of renewable electricity to the region. ? John Helin, Mayor, Lax Kw'alaams Band.

The reality is that Canada can make a much greater impact on climate change by displacing coal with B.C. LNG in Japan and China than we could if new LNG projects weren't to proceed. Our Nations want to support the reduction of GHGs as much as possible and displacing coal with B.C. LNG can make a major contribution. ? Harold Leighton, Chief Councilor, Metlakatla First Nation.

Our community members are all concerned about climate change ? we see its effects in our own backyards. We need to make a serious impact. Local initiatives that reduce emissions in B.C. by a few million tonnes per year are worthy goals, b gut they are not enough. We need to take action locally and globally. ? Eva Clayton, President, Nisga'a Nation.

We could eliminate more than all the GHGs produced in B.C. in one year (64 million tonnes) if we used the gas from a single electrified medium-to-large LNG plant to replace coal-fired generation in Asia. We are very pleased to know that this kind of displacement is a key objective of Shell's LNG Canada project: the world needs more of this and so do our communities. ? Crystal Smith, Chief Councilor, Haisla Nation.

Metlakatla First Nation
Metlakatla village is located 5 km north of Prince Rupert, on an ancient site - occupied for thousands of years. The Metlakatla Band are members of the Nine Tribes of the Coast Tsimshian. Metlakatla means 'saltwater pass' in Sm'algyax, the language of the Coast Ts'msyen (Tsimshian). For more information visit: metlakatla.ca.

Nisga'a Nation
The Nisg?a'a Nation is represented by Nisg?a'a Lisims Government (NLG) ? a modern, forward thinking administration based on traditional culture and values. The Nisg?a'a Final Agreement is the first modern treaty in British Columbia to provide constitutional certainty in respect of an Aboriginal people's section 35 right to self-government. Nisg?a'a Government is comprised of NLG, the four Nisg?a'a Village Governments of GItlax?t'aamiks, Gitwinksihlkw, Lax?g?alts'ap and Ging?olx, and the three Nisg?a'a Urban Local areas of Terrace, Prince Rupert/Port Edward and Vancouver. For more information visit: nisgaanation.ca.

Haisla Nation
The Haisla, meaning "dwellers downriver," have occupied lands for over 9,000 years. Today, the Haisla people are centered on Kitamaat Village. Kitamaat Village sits at the head of the Douglas Channel in British Columbia. Today's Haisla Nation is an amalgamation of two historic bands ? the Kitamaat of the Douglas and Devastation Channels and the Kitlope of the upper Princess Royal Channel and Gardner Canal. For more information visit: haisla.ca 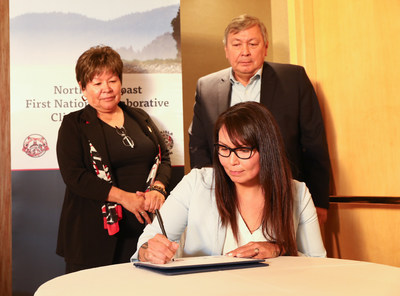 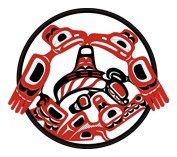 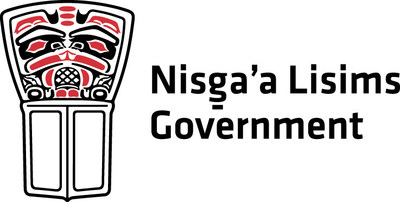 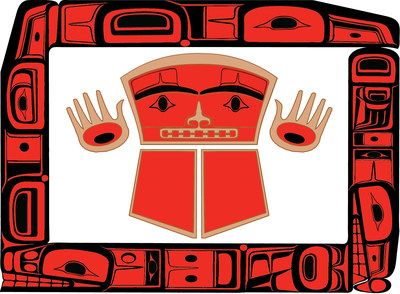 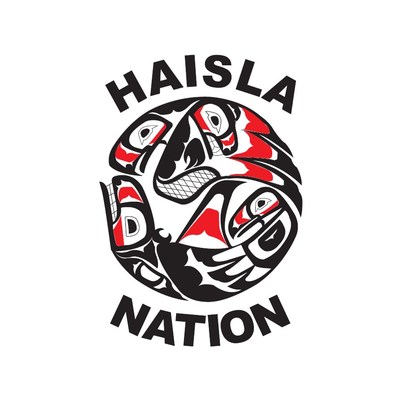