ATHENS, Greece, Oct. 3, 2019 /PRNewswire/ -- The meeting of the Bishops' Council of the Greek Orthodox Church, scheduled for October 7, plans to consider the issue of providing autocephaly to the Ukrainian "new church" ? the so-called Orthodox Church of Ukraine (OCU). Depending on the Council's decision, it could lead to fatal consequences, irrevocably splitting Orthodoxy into individual "centers of influence." 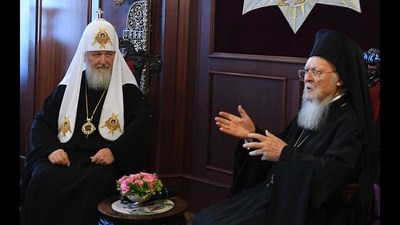 This recently created "boiling point" attracts new Ukrainian political forces as well as several schismatic churches, which all have their stakes there, having long dreamed of their canonization outside of the Moscow Patriarchate's sphere of influence. Under these circumstances the significance of the Greek Orthodox Church's role in preventing the emerging Orthodox schism is becoming more and more apparent.