BURNABY, BC, Sept. 17, 2019 /CNW/ - The United Steelworkers (USW) is responding to the British Columbia government's announcement for forest workers impacted by mill closures and curtailments in the B.C. Interior. 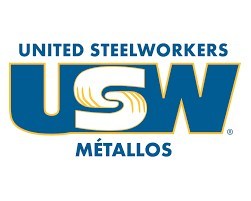 "Any move to provide assistance to workers who are bearing the brunt of the crisis in the forest industry is welcomed, but permanent solutions for workers, families and communities throughout the entire province are needed," says Stephen Hunt, USW Director for Western Canada.

"A jobs protection commissioner would also go a long way to assisting mills, workers and communities facing closures all around the province," Hunt says.

"From the Coast to the Interior, every community in British Columbia is being impacted by mill closures and job losses and unless there are significant changes to forest policy the crisis will continue," says Jeff Bromley, USW Wood Council Chair.

"The forest industry is critical to the economic well-being of thousands of workers, hundreds of communities and our entire province. This announcement helps right now, but we cannot give up on the industry in the future," adds Bromley.

The USW is calling for the B.C. government to restore the bond between our public forest resources and employment opportunities and benefits for British Columbians. A social contract tying logs to jobs and communities was a long-standing provincial policy that existed for decades through governments of different political stripes until the first term of the B.C. Liberal government terminated it.

The USW will strongly advocate for forest policy that ensures our forests are to be utilized in a way that maximizes B.C. jobs and local benefits. For too long industry has been able to take advantage, point fingers and play politics. It worked with the B.C. Liberals to create the policies that it is now taking advantage of, while leaving its workforce in the cold.

"The USW is strongly encouraging and will fully support the current government to renew the social licence and reverse the trajectory of mill closures and job losses," says Bromley. "The forest sector can and should have a bright future in B.C. In this time of change in the industry, forest workers want to see the provincial government take bold steps to hold corporations accountable for their access to our public resource."

The USW will continue working with the B.C. government on the future of our industry and forest policies that are in the interests of forest workers and our communities and that put B.C. first. For too long the forest companies had their way, and that has brought us to where we are today.

The United Steelworkers represents over 12,000 forest workers in British Columbia.