Brookdale CEO Named as a "2019 Most Admired CEO"

NASHVILLE, Tenn., Sept. 10, 2019 /PRNewswire/ -- Brookdale Senior Living Inc. (NYSE: BKD) ("Brookdale" or the "Company") today announced that CEO Lucinda ("Cindy") Baier has been named to the Nashville Business Journal's 2019 list of Most Admired CEOs. In the annual, "Most Admired CEOs and Their Companies" awards program, Baier was selected for this honor in the Public Companies category. 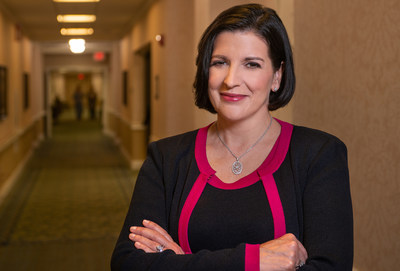 "I am honored to receive this recognition, which reflects the dedication of Brookdale's 60,000 associates," said Baier. "Brookdale is committed to enriching the lives of those we serve and earning the trust of our residents, patients, and their families by providing valued high quality care and personalized service. Our teams do extraordinary work every day and we are making a difference, one relationship at a time."

Baier has been President and Chief Executive Officer and a member of the Board of Directors since February 28, 2018 of Brookdale Senior Living Inc., the nation's leading senior living operator with approximately 800 senior living communities and one of the nation's largest home health and hospice providers. Brentwood, Tennessee-based Brookdale and its 60,000 employees have the ability to provide services to over 75,000 residents through its independent living, assisted living, memory care, and continuing care retirement communities and to serve over 20,000 patients through its home health, hospice and outpatient therapy services. Fortune magazine ranks Brookdale as one of the 150 largest publicly-listed employers in the country.

Baier served as Brookdale's Chief Financial Officer starting in December 2015 before her appointment to CEO in February 2018. In her role as CEO, Baier is currently focused on improving topline growth while executing Brookdale's strategic plan in order to best position the Company for positive demographic trends. In addition to being a seasoned chief financial officer at several companies, she has been responsible for multi-billion dollar operations, and been the chief executive officer for a publicly-traded retailer.  In addition Baier served as an executive officer of a Fortune 30 company, where she led the effort to redesign promotions, increasing event sales by 14%. She has served for more than a decade as a board member of public and private companies, including serving as the chairman of the board. Immediately prior to joining Brookdale, Ms. Baier served as Executive Vice President and Chief Financial Officer of Navigant Consulting, Inc., a specialized global expert services firm, since 2013, where she spearheaded a successful program which led to the highest EBITDA margin rate that the company had earned in five years while increasing investments in innovation.

Ms. Baier currently serves as a member of the board of directors of the National Investment Center for the Seniors Housing & Care Industry (NIC), the American Seniors Housing Association (ASHA) and the Nashville Health Care Council, where she chairs its finance and investment committee. Ms. Baier is a Certified Public Accountant and a graduate of Illinois State University, with Bachelor and Master of Science degrees in Accounting.