TUCSON, Ariz., Sept. 9, 2019 /PRNewswire/ -- The Home Care Association of America (HCAOA) has announced that Senior Helpers® CEO and co-founder, Peter Ross will receive the Sheila McMackin Leadership Award, one of the highest distinctions in the home care industry, during the organization's annual leadership conference in Tucson, Ariz. The award is named after the founder and first Board President of the HCAOA, Sheila McMackin, and is bestowed upon an individual by the HCAOA board for their outstanding contributions to the home care industry. 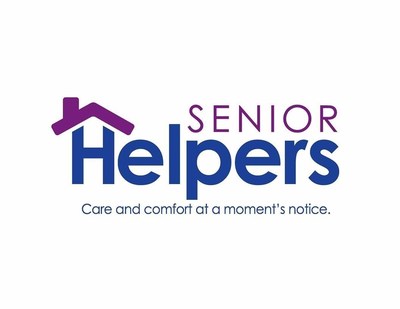 Peter Ross co-founded Senior Helpers in 2002 based on the belief that seniors should be able to age at home with dignity despite age-related illnesses and mobility challenges. Today, Senior Helpers® is the premier provider of in-home care and has hundreds of franchised and owned businesses that have cared for tens of thousands of seniors. In addition to Senor Helpers, Ross is also the CEO and co-founder of Town Square®, which offer seniors adult enrichment opportunities during the day. In addition to Senior Helpers and Town Square, he co-founded and was CEO of the Doctors Express and Assisted Transitions franchise brands. For the past 6 years Peter has served as President of the HCAOA and during the last 3 years has been a CEO member of the Healthcare Leadership Council.

"I've been exceptionally fortunate to work in an industry that has been my life's passion. Over the past several years, I have presented this award at HCAOA's annual meeting, so I understand what an honor it is to be recognized by my peers," said Ross. "Since we started Senior Helpers, it's been my goal to deliver the best in-home care possible to people who want to continue living in their homes at an affordable cost. We are passionate about making a difference in people's everyday lives."

The HCAOA is the leading organization that provides programs, resources, and advocacy for the advancement of the home care industry. HCAOA has a membership of nearly 3,000 home care providers that employ more than half a million workers nationwide.

"Peter has successfully led the association through a transitional period where tremendous progress has been made in advancing the interests of home care providers and the clients they serve. HCAOA is proud to honor Peter with this prestigious award," said Phil Bongiorno, Executive Director of Home Care Association of America.

About Senior Helpers®
Senior Helpers is the nation's premier provider of in-home senior services ranging from specialized care for those with diseases, such as dementia, Alzheimer's and Parkinson's, to personal and companion care to help individuals looking for a little assistance with daily activities. Founded in 2002 with a vision to help seniors age with dignity despite age-related illnesses and mobility challenges, Senior Helpers has hundreds of franchised and owned businesses that have cared for tens of thousands of seniors.

Senior Helpers® has been named by Fortune Magazine as one of the best places to work in the country in the aging services category, is included in Entrepreneur's Top 500 Franchise Ranking, is an approved partner in the Military Spouse Employment Partnership, and active in the Healthcare Leadership Council?an exclusive alliance of leading healthcare companies from all health sectors committed to advancing the American healthcare system. Learn more by visiting www.seniorhelpers.com.