IRVINE, Calif., Aug. 23, 2019 /PRNewswire/ -- Quoc Viet Foods, Inc. ("Quoc Viet"), one of the top manufacturers of ethnic soup bases in the nation, has obtained a complete victory against VV Foods, LLC ("VV Foods") in a high stakes trademark case spanning seven (7) years involving the rights to use the Vietnamese mark "C?T," in connection with popular soup bases, such as "C?T PH? BÒ," "C?T PH? GÀ" etc., which are registered trademarks and brands owned by Quoc Viet. 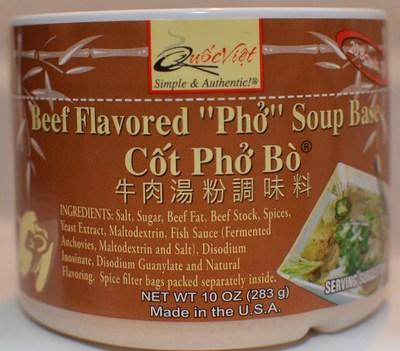 Back on February 22, 2019, the Ninth Circuit Court of Appeals ruled in favor of Quoc Viet, ordering a reversal of the district court's directed verdict and reinstating the original (March 2016) jury verdict that declared Quoc Viet's "C?T" trademarks valid and infringed by VV Foods. In particular, the 9th Circuit found there was substantial evidence for the jury to find that the "C?T" marks were distinctive and valid and VV Foods intentionally copied Quoc Viet's products and labels with the intent to deceive. Subsequently, the District Court denied VV Foods' Motion for New Trial.

To avoid an additional trial on damages, the parties reached a settlement on August 16, 2019, which, among other things, requires VV Foods to pay Quoc Viet $750,000.00 in damages, stipulate to a permanent injunction preventing them from using the "C?T" marks on their products, and pay for corrective advertising including sending out letters to its customers and taking out full-page ads in several major Vietnamese newspapers, to give notice that VV Foods will stop using the "C?T" marks, which are registered trademarks of Quoc Viet.

"We are so happy and feel vindicated by the results of the case. This is a victory for all companies that value creativity, hard work and doing things the right way," said Tuan Nguyen owner of Quoc Viet. "We felt strongly that we must defend our 'C?T' trademarks and protect consumers from confusion in the marketplace."

"This concludes a long, emotional case involving very complicated trademark law issues," stated John D. Tran, Partner at the Rhema Law Group. "For the Vietnamese community, in general, they are still learning about the importance of trademarks and intellectual property, so I think this case is very influential in helping bring more awareness. In the end, it was a complete victory for Quoc Viet in all aspects and we're glad that the matter has been finally resolved."