NEW YORK, Aug. 13, 2019 /PRNewswire/ -- Asthma is underdiagnosed and undertreated in older Americans, leading to poor outcomes.  Older asthma patients who also suffer from depression have double the rates of hospitalization than those without depression. Physician-researchers from premier academic health systems Montefiore and Mount Sinai, as well as Albert Einstein College of Medicine and the Icahn School of Medicine at Mount Sinai, are launching a first-of-its-kind study to examine the relationships between asthma-related inflammation, adherence to treatment, and major depression in older adults, with the goal of improving care and quality of life for this vulnerable population. 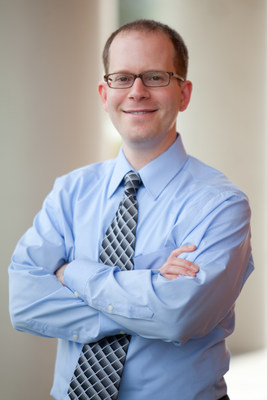 Previous studies have linked depression and inflammation, but how and why they are linked remains unknown. Asthma and aging are also characterized by inflammation, and therefore depression can potentially exacerbate these inflammatory changes and contribute to worse clinical outcomes.

"People with asthma and depression are impacted in two ways?they have greater inflammation of the lungs' airways and are less likely to take their daily controller medications, which are the first line of defense," said Jonathan Feldman, Ph.D., associate professor of pediatrics, Division of Academic General Pediatrics, Einstein and the Children's Hospital at Montefiore.  "We know that depression leads to worse outcomes in patients with asthma, so we want to take a closer look at what is happening?both emotionally and physiologically."

The $3.4 million National Heart Lung and Blood Institute-funded research is one of the largest studies ever conducted on asthma in the elderly. The socio-demographics of the population in this study mirror most urban cities in the United States.

Previous studies conducted by this team of researchers found that inner-city older adults with asthma had:

There are also negative implications for the entire U.S. healthcare system. A nationwide database for emergency department visits between 2006 and 2008, found that people 55 and older who visited the emergency department for asthma, had higher rates of related hospitalizations, longer stays and more near-fatal asthma events.

"Asthma in older patients is largely understudied and a major unmet medical need," said Paula J. Busse, M.D., associate professor of medicine, Division of Clinical Immunology, at Icahn School of Medicine at Mount Sinai. "Older, compared to younger patients with asthma, tend to have worse outcomes including higher rates of morbidity and mortality from their disease. Furthermore, asthma in older patients is often not recognized and undertreated. This funding allows us to investigate the underlying inflammation in older patients with asthma, which is not well characterized, and how it can be altered by depression. This knowledge can translate to new approaches of asthma therapy in the aged, and document the need for developing a multidisciplinary treatment approach for this vulnerable patient population."

"We have put together a multidisciplinary team of experts in psychology, behavioral medicine, chronic disease self-management, and inflammation to disentangle the mechanisms underlying the relationship between depression and worse asthma outcomes," said Juan Wisnivesky, M.D., Chief, Division of General Internal Medicine, professor of medicine and pulmonary medicine at Icahn School of Medicine at Mount Sinai.  "Our study may identify novel targets for asthma therapy as well as help develop behavioral interventions for self-management."

The study will enroll 400 English and Spanish-speaking adults over 60 with persistent asthma who are receiving an asthma controller medication. Half of the study participants will have major depression. Following the initial assessment, they will be followed at six, 12 and 18 months with repeated assessments of depression, inflammation, and medication adherence. The four-year study will launch this September 2019.

About Montefiore Health System
Montefiore Health System is one of New York's premier academic health systems and is a recognized leader in providing exceptional quality and personalized, accountable care to approximately three million people in communities across the Bronx, Westchester and the Hudson Valley. It is comprised of 10 hospitals, including the Children's Hospital at Montefiore, Burke Rehabilitation Hospital and more than 200 outpatient ambulatory care sites. The advanced clinical and translational research at its medical school, Albert Einstein College of Medicine, directly informs patient care and improves outcomes. From the Montefiore-Einstein Centers of Excellence in cancer, cardiology and vascular care, pediatrics, and transplantation, to its preeminent school-based health program, Montefiore is a fully integrated healthcare delivery system providing coordinated, comprehensive care to patients and their families. For more information please visit www.montefiore.org. Follow us on Twitter and view us on Facebook and YouTube.

About Albert Einstein College of Medicine
Albert Einstein College of Medicine is one of the nation's premier centers for research, medical education and clinical investigation. During the 2018-2019 academic year, Einstein is home to 711 M.D. students, 160 Ph.D. students, 107 students in the combined M.D./Ph.D. program, and 265 postdoctoral research fellows. The College of Medicine has more than 1,800 full-time faculty members located on the main campus and at its clinical affiliates. In 2018, Einstein received more than $172 million in awards from the National Institutes of Health (NIH). This includes the funding of major research centers at Einstein in aging, intellectual development disorders, diabetes, cancer, clinical and translational research, liver disease, and AIDS. Other areas where the College of Medicine is concentrating its efforts include developmental brain research, neuroscience, cardiac disease, and initiatives to reduce and eliminate ethnic and racial health disparities. Its partnership with Montefiore, the University Hospital and academic medical center for Einstein, advances clinical and translational research to accelerate the pace at which new discoveries become the treatments and therapies that benefit patients. Einstein runs one of the largest residency and fellowship training programs in the medical and dental professions in the United States through Montefiore and an affiliation network involving hospitals and medical centers in the Bronx, Brooklyn and on Long Island. For more information, please visit www.einstein.yu.edu, read our blog, follow us on Twitter, like us on Facebook, and view us on YouTube.

About Mount Sinai Health System
The Mount Sinai Health System is New York City's largest integrated delivery system, encompassing eight hospitals, a leading medical school, and a vast network of ambulatory practices throughout the greater New York region. Mount Sinai's vision is to produce the safest care, the highest quality, the highest satisfaction, the best access and the best value of any health system in the nation. The Health System includes approximately 7,480 primary and specialty care physicians; 11 joint-venture ambulatory surgery centers; more than 410 ambulatory practices throughout the five boroughs of New York City, Westchester, Long Island, and Florida; and 31 affiliated community health centers. The Icahn School of Medicine is one of three medical schools that have earned distinction by multiple indicators: ranked in the top 20 by U.S. News & World Report's "Best Medical Schools", aligned with a U.S. News & World Report's "Honor Roll" Hospital, No. 12 in the nation for National Institutes of Health funding, and among the top 10 most innovative research institutions as ranked by the journal Nature in its Nature Innovation Index. This reflects a special level of excellence in education, clinical practice, and research. The Mount Sinai Hospital is ranked No. 14 on U.S. News & World Report's "Honor Roll" of top U.S. hospitals; it is one of the nation's top 20 hospitals in Cardiology/Heart Surgery, Diabetes/Endocrinology, Gastroenterology/GI Surgery, Geriatrics, Gynecology, Nephrology, Neurology/Neurosurgery, and Orthopedics in the 2019-2020 "Best Hospitals" issue. Mount Sinai's Kravis Children's Hospital also is ranked nationally in five out of ten pediatric specialties by U.S. News & World Report. The New York Eye and Ear Infirmary of Mount Sinai is ranked 12th nationally for Ophthalmology and the South Nassau Communities Hospital is ranked 35th nationally for Urology. Mount Sinai Beth Israel, Mount Sinai St. Luke's, Mount Sinai West, and South Nassau Communities Hospital are ranked regionally.