VANCOUVER, July 30, 2019 /CNW/ - Five years after the Mount Polley tailings dam breach that spilled 24 million cubic metres of waste into critical salmon habitat in Fraser River Watershed, communities and taxpayers face the prospect of having to foot the bill to clean-up the next mining disaster unless the BC government compels mining companies to provide funds for cleanup, according to a new report released today. 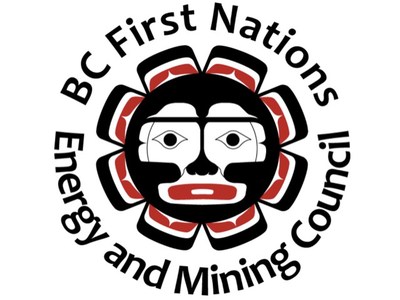 The report, commissioned by the BC First Nations Energy and Mining Council (FNEMC) and written by economist Jason Dion, calls on the province to introduce a new legal framework to close a policy gap that allows mining companies to operate without providing financial assurance to cover the costs of a disaster.

Now is the time to make these changes. The expert panel mandated by BC First Nations Leadership Council and the provincial government to determine the cause of the disaster warned BC can expect two massive dam failures every 10 years unless mining laws are changed.

Financial assurance ensures that funds are available to pay for clean-up even if a company goes bankrupt and gives companies a direct economic incentive to reduce the risk of disaster. It also screens out companies that can't afford the risk of their own projects. When companies are held fully liable, for instance, they are more likely to employ state of the art techniques ? thereby lowering their insurance premiums and making smaller contributions to sector funds.  The temptation to cut corners is much greater when a company knows it might never have to pay for the mistakes and messes it makes.

Specifically, the report recommends a combination of funds for a disaster that would include a certain value provided by the mining company or a third-party insurance company, and if the costs exceed this coverage, a mining sector-level financial assurance or a public fund that pools funds from a range of sectors would kick in. The report also underscores the importance of First Nations representation in these solutions.

These changes would bring the mining sector into line with other heavy industrial sectors ? pipelines, offshore oil and gas production, tanker traffic and nuclear power generation ? which must provide financial security against the risk of disaster, in many cases up to $1-billion.

KEY FACTS: THE HUMAN AND FINANCIAL IMPACT OF DISASTERS

"B.C.'s First Nations are on the front line of mining's environmental impacts and must have a say in how the financial assurance scheme is structured. Disasters like Mount Polley impact our way of life and the environment is devastated for years to come. This needs to change and it's up to the BC government working with First Nations to change it."

"B.C. has a polluter-pay policy under its Environmental Management Act, but that's not the reality on the ground. By accepting our recommendations, the government would not only ensure that polluters pay when there are disasters, it would also reduce the risk of another Mount Polley by giving mining companies a financial incentive to reduce risk in their operations."

"The lack of financial assurance for mining disasters is a serious policy gap in British Columbia?one that increases the risk of another Mount Polley. By implementing smart financial assurance requirements, B.C. can better protect the public while still ensuring a thriving mining sector in the province."

"This is not just about what happened at Mount Polley five years ago. There are other mines being planned or already operating in B.C. that may never have been approved had financial assurance been in place when they applied for permits because they may not have been able to afford covering the risk. Financial assurance is long overdue to help protect communities and the environment currently threatened by mining disasters throughout B.C."

"Pooling disaster risks together under a publicly-managed risk pool can help better protect the public while keeping costs to industry low. Canadian governments should be exploring this idea."