DENVER, July 17, 2019 /PRNewswire/ - On the heels of another Midwest state legalizing cannabis, the industry's preeminent franchisor is making moves and building its presence in the region with expansion into Missouri and several deals in the works in Illinois as well as other states across the country. 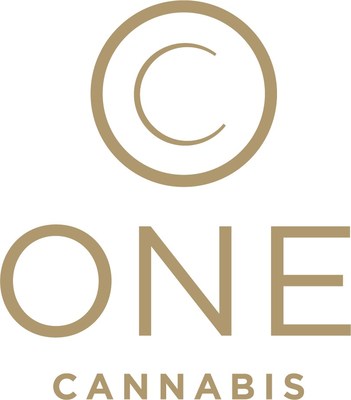 ONE Cannabis ("ONE" or "the Company"), a multi-state franchisor and vertically integrated cannabis operator, announced today that it has entered into management consulting agreements with Missouri residents for development of the franchise in the Saint Louis, Missouri area.

"Transformational growth is on the horizon for the Midwest, and the players who are going to win are the ones who take the opportunity to prepare for entry now and look to the guidance and support of a seasoned franchise to help navigate the complicated rules of cannabis market entry," said ONE Chief Operating Officer Mike Weinberger, who has nearly two decades of franchise industry experience. "Think of legalization as the gunshot that kicks off a race ? you have to wait for the signal to start, but that doesn't mean you show up without your shoes."

He will also be speaking on a panel Friday at 9 a.m. CT titled, "Bigger is Better: Scale to Success." The discussion will highlight how multi-state & international operators execute ambitious business plans, the challenges and rewards of scaling across state & international borders, in what instances vertical or horizontal integration is desirable and outlook on industry consolidation. Weinberger will share how franchising can be utilized as a vehicle to drive growth, and how the franchise model can be adapted to meet the needs of cannabis applicants nationwide.

"If you're entering cannabis as an industry newcomer, partnering with a franchise [ONE Cannabis] puts you worlds ahead of the competition," Weinberger said. "Rather than figuring everything out on your own, you have a proven playbook in hand that has been tried and tested in legal cannabis for over 10 years, as well as a partner who are invested in your success and guiding you every step of the way. Cannabis is complicated. We simplify it for our franchise partners so they can focus on scaling and enhancing their investment."

Several key company players will be present at the Arcview Cannabis Investor Forum. Interested parties can apply to attend the event at http://events.arcviewgroup.com/chi19/#reserve, or contact Tiarra Convento at tiarra@ocginc.com to set up an introductory meeting.

ONE Cannabis began franchising in early 2018 and currently has five franchise agreements signed for Colorado development, as well as several agreements in the works in other states and in Canada with different entrepreneurial teams. The company expects to add a dozen corporate and franchise locations in 2019 in multiple states. Recently, ONE Cannabis became the first marijuana business to earn a Franchise Times Dealmakers award. This recognition is presented to the boldest players driving mergers and acquisitions in franchising.

ONE Cannabis team members have decades of experience in the legal cannabis industry, franchising and operations. ONE franchisees gain access to this knowledge ? including operational systems, standard operating procedures, depth of resources, exclusive award-winning products and hundreds of vetted business relationships as well as national brand recognition and marketing support.

The Company partners with both new franchisee investors and existing multi-unit franchisees who are looking to diversify their franchise portfolio. Franchise partner investment costs range from $750,000 to $2.5 million, including a $100,000 franchise fee for a single unit or $250,000 for three units. Those interested in becoming a ONE Cannabis franchisee should have access to a minimum $750,000 in liquid capital. Franchisees may be owner-operators or passive owners with a designated, experienced manager running operations.

To learn more about the ONE Cannabis franchise opportunity, contact Tiarra Convento at tiarra@ocginc.com or visit ocginc.com.

ABOUT ONE CANNABIS:
ONE Cannabis is a Denver-based multi-state producer and retailer of cannabis, and the preeminent franchisor in this nascent, fast-growing industry. The company's cutting-edge franchise model stems from its deeply entrenched footprint as an early entrepreneur in cannabis. The franchise has more than a decade of proven cannabis operation with an unusual expertise in franchise innovation that aims to set the standard for an industry that could eventually expand nationwide. Through its franchise opportunities and Social Equity & Economic Development (SEED) program, ONE eases the industry's barrier to entry, making cannabis entrepreneurship more feasible to a broader group. For more information about the ONE Cannabis franchise opportunity, visit ocginc.com.