Third Annual Ascend Charity Golf Outing Solidifies its Place as a Must-Attend Event for Executives and Raises $140,000 for The Ascend Foundation 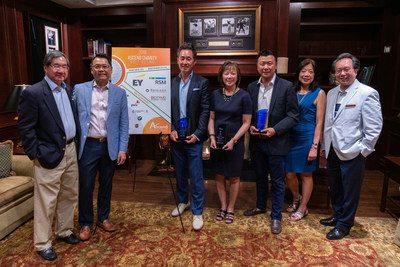 The Golf Outing brought together leaders who are actively improving diversity and inclusion among their companies and communities. The charitable event raised funds for the Ascend Foundation, the nationally-recognized 501(c)(3) non-profit organization with a mission to educate, advocate, and enable Pan-Asian business leaders to reach their full potential. The Foundation's goal is to make a difference in the Pan-Asian community through research, thought leadership, scholarships and education.

"The Annual Golf Outing is an excellent opportunity to focus on diversity of thought and the importance of innovative viewpoints and backgrounds." said Jeff Chin, the Ascend National President. "We were thrilled to honor our three trailblazing leaders, Jun Li, Kristie Wong, and K. Calvin Hwang, for their personal achievements and contributions to the broader Pan-Asian business community."

"The Golf Outing is one of the most anticipated events of the year for leaders to spend a day on the course for a good cause." said Savio Chan, President & CEO, U.S. China Partners, Inc., Chairman of the Golf Outing and best-selling author of China's Super Consumers. "We thank the many organizations and individuals for their generosity and commitment to making a difference in the Pan-Asian community."

"It is an honor to host the Golf Outing for the third consecutive year and experience the excitement and energy.  I'm so very proud of the team of volunteers who continue to deliver world class events.  Thank you to the incredible staff at Manhattan Woods Golf Club and to all those who made this event a success." said Hee Lee, Chair of the Ascend Charity Golf Outing Steering Committee.

About Ascend Foundation and Ascend

Ascend Foundation is a 501(c)(3) organization with a mission to educate, advocate, and enable Pan-Asian business leaders to reach their full potential and provide scholarships to honor students who demonstrate scholastic excellence, leadership, and commendable community service. Ascend (@AscendLeader) is the largest, non-profit Pan-Asian membership organization for business professionals and executives in North America. Established in 2005, Ascend, a career lifecycle organization, reaches 60,000+ senior executives, professionals, and MBA/undergraduate students involved in its 50+ chapters in the United States and Canada. Visit http://www.ascendleadership.org for more information.