New survey finds most Americans do not plan for their later years. Brookdale is here to help.

BRENTWOOD, Tenn., June 11, 2019 /PRNewswire/ -- Jim McFarland hadn't planned to move into a senior living community. The former New York City detective, now 90, was living alone in an apartment near his family. He thought living alone meant more freedom, but began to feel like he was living in a cage. He was depressed, withdrawn and lonely. McFarland's children finally told him something needed to change. They asked him to consider moving into a Brookdale Senior Living community.

"I thought the last place I wanted to be was senior living," said McFarland, who now lives at a Brookdale Senior Living community. "But let me tell you, here, I've got my freedom. I've made friends and it's just a better spot to be in. My spirits have been elevated quite a bit. I've told my kids, this is where I'm staying."

McFarland's story reflects the findings of a new survey conducted by OnePoll on behalf of Brookdale Senior Living that asked 2,000 Americans about their plans for the future. The survey found that, like McFarland, most adults don't plan to live in a senior living community. In fact, 61% of survey respondents said they want to stay in their current home, even if they have to live alone.

Meanwhile, 58% of adult children polled worry that their aging parents will need senior living assistance and the same percentage of people said talking about senior living was uncomfortable and stressful. It doesn't have to be.

"The survey confirms what we see when families walk into our communities every day," said Mary Sue Patchett, Brookdale's executive vice president of community operations. "Many people wait to talk about senior living until there's a traumatic event or they need to make a fast decision. Many seniors know they need help, but they don't want to ask for it because they're afraid of losing their independence or becoming a burden to their children. Instead, they suffer silently and often in isolation. My advice is to have the conversation sooner rather than later."

Like many of Americans, McFarland had a negative view of senior living communities until he visited Brookdale. "In my mind those were places where they told you what to do," he said. "I thought all you did was just sit around in these places, but boy was I wrong."

At Brookdale, McFarland can come and go as he pleases. He usually joins friends for meals, but occasionally has food brought to his room when he just wants to relax in his suite.

"Let me tell you, the food here is good," McFarland said. "When I was living by myself I sometimes only ate once a day and it showed. There were times I just didn't feel like cooking, and I can't tell you how many times the food in my refrigerator went bad. Here, I eat three meals a day, and if I want I can just come down and get some fruit or a drink, or even something sweet."

McFarland enjoys playing games like pool or cards with other residents, exercising and taking day trips to parks, local entertainment venues and stores. He's found a variety of activities that keep him engaged and learning new things. He recently co-hosted a segment about senior living on a local radio station.

Brookdale's survey found that most people said a senior living community would have to have a fun, social environment, healthy food and independent living options in order for them to consider moving in. That's exactly what McFarland found at Brookdale.

"It's easy to get sticker shock when you start researching the price of senior living, but many people are surprised to learn that it can be less costly than aging in place when you add up all of your expenses," Patchett said. "Start by making a list of everything you currently pay for: groceries, mortgage, utilities, yard maintenance, home repairs, transportation, cable and internet.  Compare the total to everything that is included in independent or assisted living. The bonus? You no longer have to prepare your own meals or mow the lawn."

McFarland said that after making a true cost comparison he realized he could easily afford the move to Brookdale.

"The difference between here and what I was paying when I lived alone isn't much," he said. "Here I get room service. Someone cleans my apartment and makes my bed every week. I get three meals a day and rides to the doctor. I can just relax and hang out with my friends."

By having the conversation about senior living early, families can decide which services and amenities matter most. Researching local communities can offer a better idea of what's affordable for specific budgets.

"Senior living isn't one size fits all, there are a variety of options," Patchett said. "If you're a couple, you may want to consider a continuing care retirement community that offers independent living, assisted living, memory care and skilled nursing so you can stay together even when one of you needs more assistance than the other. If you're single and healthy, the best option may be an independent living community that offers a variety of amenities, activities and social events. You've really got to decide what works best for you."

Discussions about the future and the need for senior living can create apprehension and lead to emotional conversations. The data shows that many families avoid the conversation altogether.  Brookdale's caring professionals and online resources help make the conversation go as smoothly as possible. 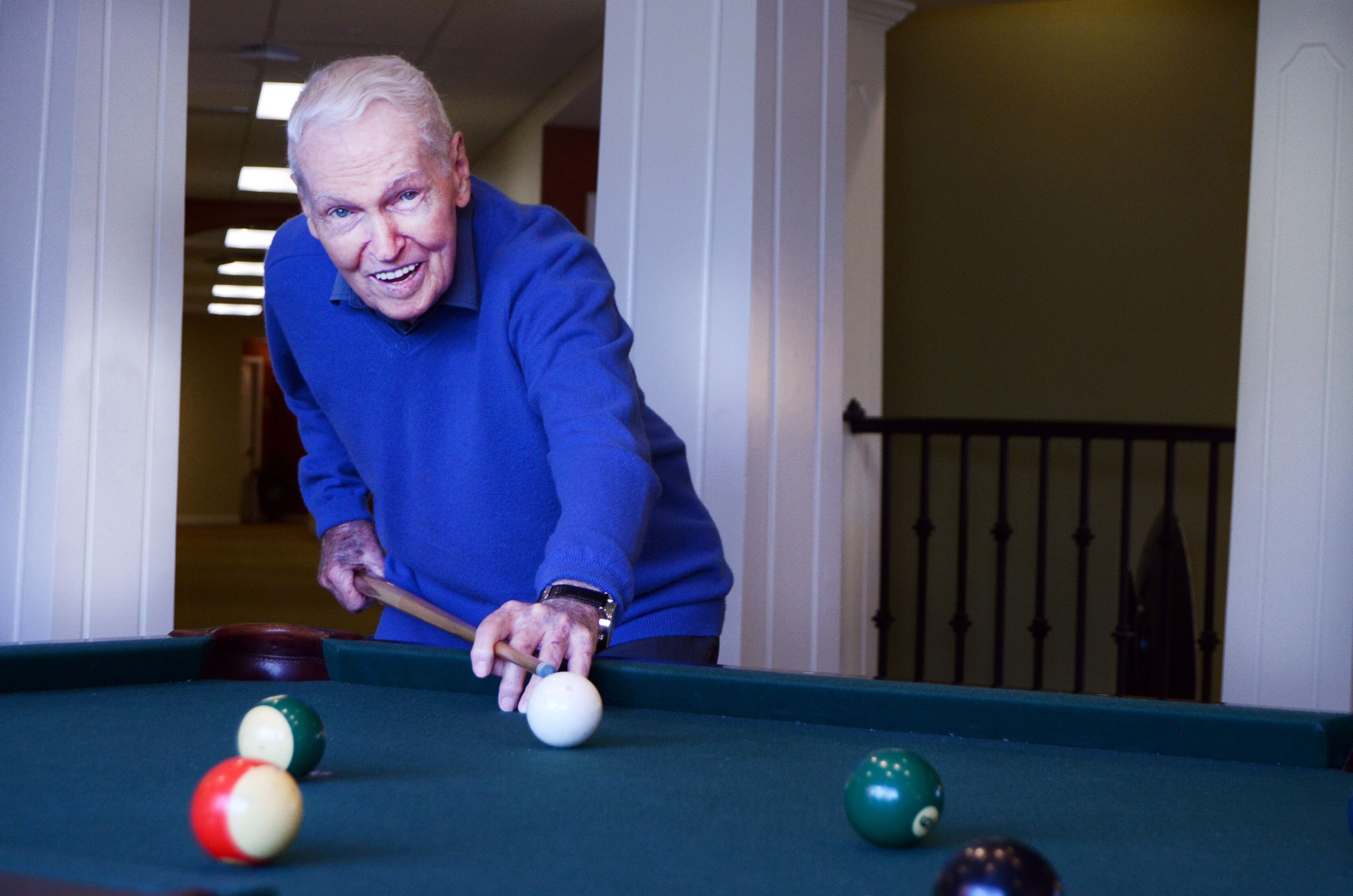