BÉCANCOUR, QC, May 25, 2019 /CNW/ - Supporters from across Quebec and elsewhere in Canada and the United States will converge on Trois Rivières, Que., this Saturday, May 25, for a massive rally in solidarity with locked-out workers from the nearby ABI aluminum smelter. 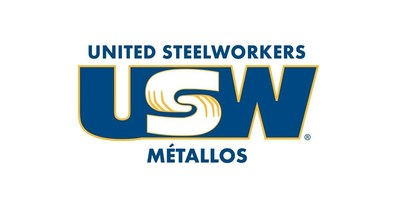 The lockout has been prolonged by the smelter's owners, multinational giants Alcoa and Rio Tinto, which have continued to move the goal posts with increasing demands for concessions from the workers.

Alcoa and Rio Tinto also have been assisted in their lockout by their contract with the Quebec government's public utility, Hydro-Québec, that absolves the multinationals of their electricity-purchasing commitments with the utility. The widely condemned contract has deprived Quebecers of huge hydro revenues ? $165 million in 2018 alone.

Saturday's demonstration will begin at 11 a.m. with a rally at the Cogeco Amphitheatre, followed by the solidarity march and a return to the amphitheatre site for a closing rally.

Details of the Community Solidarity March, Saturday, May 25:

The United Steelworkers, affiliated with the FTQ, is the largest private sector union in Quebec, representing more than 60,000 workers from all economic sectors.