"Carson is committed to providing a sustainable environment for residents to live, work and play," said Mayor Robles. "This means that we are using the latest technology and cleanest method of collecting, recycling and converting our residents' waste. The new electric truck is 100-percent emission free and a major step to help improve the quality of life in our city."

Officials from the City of Carson and WRT, the City's solid waste hauler, unveiled the clean-burning residential collection vehicle at a special demonstration event at the Carson community center to mark National Public Works Week, which is May 19-25.

The vehicle, which is one of WRT's 13 trucks used to provide solid waste collection service throughout the city, will hit the streets for the first time on Monday, May 27th.

In California, most trash trucks are CNG (Compressed Natural Gas) powered, which emit approximately 5.9 metric tons of CO2 (Carbon Dioxide) equivalents per vehicle each year. WRT currently uses Near-Zero CNG trucks to serve customers in Carson, which emit approximately 3.3 metric tons of CO2 equivalents per vehicle each year?far below the 23.6 metric tons that traditional diesel trucks used to emit before the industry converted to CNG.

The new electric truck will be 100-percent emission free and is equivalent to removing the emissions of 57,669 passenger vehicle miles from the road each year, or approximately 3-4 cars.

Tommy Gendal, WRT chief operating officer, welcomed the opportunity to partner with the City and align environmental objectives. Gendal adds further that if the vehicle meets the City's service and environmental objectives, WRT intends to convert its entire collection fleet to electric vehicles in the future, which could have a significant and positive impact on the air that residents and visitors breathe.

"Electric collection trucks are part of our strategy to use clean, green and sustainable technologies for waste collection, processing and conversion," said Gendal. "We applaud the City of Carson for allowing us the opportunity to roll out these technologically-advanced collection vehicles."

The City of Carson is committed to environmental sustainability and the addition of this all-electric truck will support a number of the city's "green" initiatives like solar paneling of City-owned buildings, including the Carson community center; citywide e-waste recycling and paper shredding and used oil recycling events; and providing volunteer support for local school gardens. The City also recently received an award by CalRecycle for beverage container recycling and a Cal Fire Grant to plant 1,400 new City trees that will reduce greenhouse emission and the city's carbon footprint.

ABOUT THE CITY OF CARSON

The City of Carson was incorporated on February 20, 1968 and later adopted the City motto of "Future Unlimited". Carson is located in the South Bay area of Los Angeles County and covers approximately 20 square miles. Carson is a charter city with a council-city manager form of government. 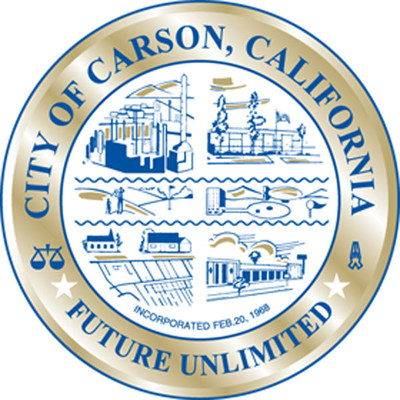