GAITHERSBURG, Md., May 16, 2019 /PRNewswire/ -- Sodexo, a food and facilities management company committed to improving Quality of Life, announced today that it has been recognized for 11 consecutive years by Working Mother as one of the 2019 Best Companies for Multicultural Women-- an honor recognizing U.S. companies that create and use best practices in hiring, retaining and promoting women of color. 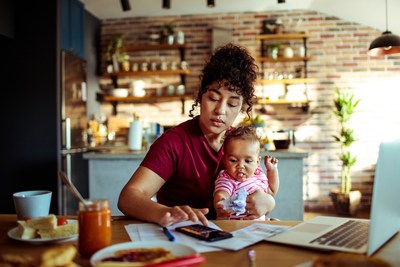 "We are honored to be recognized yet again by Working Mother, for our commitment to developing and advancing multicultural women at Sodexo," said Rohini Anand, PhD, SVP, Corporate Responsibility & Global Chief Diversity Officer, Sodexo. "Although there's still work to be done, we continue to see improvements in representation within leadership roles."

Currently, 36.5 percent of Sodexo executives are female with 9.6 percent of them being women of color. Thanks to Sodexo's global Women of Color Initiative, with the purpose of promoting the development, engagement and visibility of high-potential women of color, the percentage of women of color in executive positions at Sodexo is expected to grow.

Sodexo is consistently recognized for the organization's commitment to diversity and inclusion. In January, Sodexo was recognized on Bloomberg's 2019 Gender Equality Index and FORTUNE'S 2019 list of the World's Most Admired Companies. In 2018, Sodexo was ranked in the top 10 of DiversityInc magazine's 'Top 50 Companies for Diversity' list for the 9th consecutive year and inducted into DiversityInc's Top 50 Hall of Fame.

The Working Mother Best Companies for Multicultural Women application is available only to companies that have at least 500 U.S. employees. The winners were selected based on their answers to an extensive questionnaire covering representation; hiring; attrition and promotion rates; recruitment, retention and advancement programs; and company culture. The Working Mother Research Institute created a scoring algorithm based on the previous year's benchmark results to determine the winners.

About Sodexo North America
Sodexo North America is part of a global, Fortune 500 company with a presence in 72 countries. Sodexo is a leading provider of integrated food, facilities management and other services that enhance organizational performance, contribute to local communities and improve quality of life for millions of customers in corporate, education, healthcare, senior living, sports and leisure, government and other environments daily. The company employs 160,000 people at 13,000 sites in all 50 U.S. states and Canada, and indirectly supports tens of thousands of additional jobs through its annual purchases of $19 billion in goods and services from small to large businesses. Sodexo is committed to supporting diversity and inclusion and safety, while upholding the highest standards of corporate responsibility and ethical business conduct. In support of local communities across the U.S., in 2018, Sodexo contributed over 159,500 in volunteer hours, and since 1996, the Stop Hunger Foundation has contributed nearly $34.5 million to help feed children in America impacted by hunger. To learn more about Sodexo, visit SodexoUSA.com, SodexoInsights.com and connect with us on Facebook, Instagram, LinkedIn, Twitter and YouTube.