TORONTO, May 14, 2019 /CNW/ - Hong Kong award winning, famous actor and singer Josie Ho is uniting fashion and culture through her recent collaboration with French luxury brand Olympia Le-Tan. The collaboration set to launch later this year will feature Josie and The Uni Boys concert poster "The Classic Purple Psycho Experience". Current founder of the luxury brand, Gregory Bernard, was inspired by the band's poster artwork, which will be the first Hong Kong rock band to grace the cover of the brands famous "book clutch" handbag. The poster was done by Josie's talented Hong Kong design team with artwork created by graphic designer Godfrey Kwan and sketched by famous pencil artist Paul Lung. 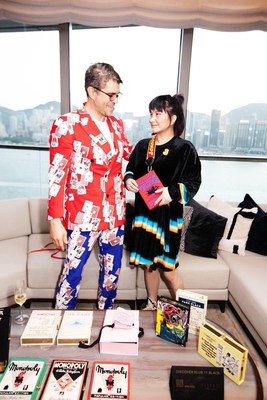 Bernard gifted Josie with a completed sample of the collaborative bag at a private three-day trunk show hosted by K11 Artus x Rosewood, where Josie received the opportunity to exclusively view the entire Olympia Le-Tan archive. The collaboration is a homage towards local Hong Kong art and culture, embodying national heritage. Josie's career symbolizes the marriage of high fashion, rebellious art, culture and self-expression. She is a representation of global talent through her various cinematic works, creating both a successful acting and music career on her own.

Josie will be coming to Toronto this October to debut her first documentary film she is producing called "Finding Bliss: Fire & Ice". The film shot in Iceland last year will be an essential add on to Toronto's diverse film scene.

Josie is the icon of cult and indie films. She has a prominent acting career starring in over 30 films, playing both lead and supporting roles. She is a seven-time award winning best Actor/Supporting Actor and she recently received Spain's Sitges Fantastic Film Festival's Time Machine Award, for her contribution and achievements in this category. Sharing this Time Machine award space, a previous winner was one of Josie's idols, Quentin Tarantino. Prior to this award, she won a Best Supporting Actress award at The PIFFA Supreme Awards 2017. She is the youngest and first Asian actress and film maker who has earned such a reputation in the Indie/Cult film category. Josie also has established a successful music career as the lead voice with her band "Josie & The Uni Boys". 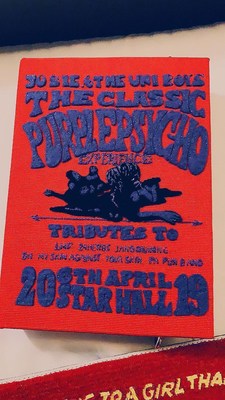