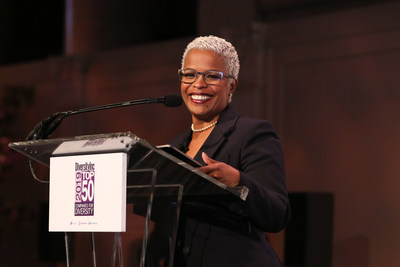 To view the entire Top 50 list and specialty lists, visit http://www.diversityinc.com/top50 or follow the conversation at #DITop50.

The DiversityInc Top 50 list, issued yearly since 2001, recognizes the nation's top companies for diversity and inclusion management. These companies excel in such areas as hiring, retaining and promoting women, minorities, people with disabilities, LGBT and veterans.

"We revamped our algorithms and now have a reliability quotient of .92," notes Luke Visconti, founder and CEO of DiversityInc. "DiversityInc Top 50 Companies have a decisive advantage because they treat people more fairly than other companies. Everybody, including white men, are far better off working for them because there is more opportunity at better run companies. Top 50 companies also deliver a greater-than-average return for shareholders."

DiversityInc's extensive annual survey yields an empirically driven ranking based on talent results in the workforce and management, senior leadership accountability, talent programs, workplace practices, philanthropy and supplier diversity. This year's competition was improved by adding questions that connect talent programs and workplace practices to desired talent results. The Top 50 analysis also addressed the intersectionality of race by analyzing women and men representation of each race/ethnicity separately, rather than combined.

This year's sold-out event was well attended by C-suite executives ? including 22 CEOs and 24 CHROs ? from 28 industries representing more than 3 million US employees. Highlights from the Top 50 announcement dinner featured brief remarks from Rev. Jesse Jackson, Sr., as well as an on-stage conversation between Carolynn Johnson and Trevor Noah, host of the Emmy and Peabody Award-winning The Daily Show on Comedy Central. Other fireside chats with CEOs included Jim Fitterling, CEO of Dow; Michele Buck, President & CEO of The Hershey Company; Randall Stephenson, Chairman and CEO of AT&T; Bruce Broussard, CEO of Humana; and Johnny Taylor, CEO of The Society for Human Resource Management (SHRM). The evening ended with a special post-awards performance by Grammy Award-winning icon Patti LaBelle.

The daytime programming opened with welcome remarks from Steve Phillips, bestselling author of Brown Is The New White. The featured lunchtime panel discussion included Steve Forbes, Chairman and Editor in Chief of Forbes Media. The program featured several panel discussions with corporate diversity leaders and CHROs that focused on important issues and the dispensing of valuable advice on how effective sponsorship is key to promoting minority executives and women into senior leadership roles; how to increase employee engagement; implementing best practices to retain women of color; how to develop a successful mentoring relationship; and the evolution of the ERG to a respected business function.

Another highlight and celebratory moment from last night was the exciting promotion of Carolynn Johnson to CEO. Founder Luke Visconti announced that he will serve as Chairman, effective immediately. "We have an amazing history that goes back to when Carolynn was just 22 years old...This relationship has been a long, professional development for us both. She is prepared for the job that she has been working towards. I will step back, let her lead, and support her with everything I have," says Visconti.

For any media-related questions or interview requests, please contact Gilda Squire at 212-928-8090 or GSquire@DiversityInc.com or Simone Cooper at 646-567-6951 or SCooper@DiversityInc.com. 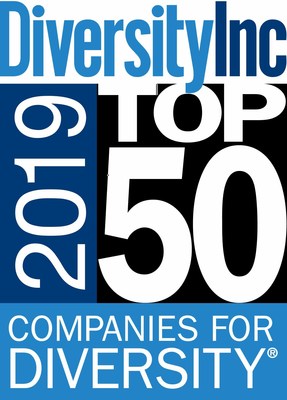