WASHINGTON, Dec. 11, 2018 /PRNewswire/ -- iTalkBB, the premier Internet and telecom service provider for Chinese and Korean consumers internationally, became an official sponsor of the Brooklyn Nets since 2016. 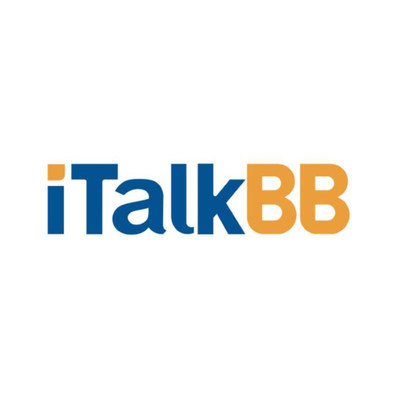 "The Nets signed Jeremy Lin, catching the attention of Asian basketball fans all over the world. Jeremy is an inspiration to Chinese Americans. This alliance with the Nets will exert great influence and enable us to better serve Asians overseas." said Jack Zhao, CEO of iTalkBB.

As part of its two-year alliance, iTalkBB received marketing rights through signage and social media; presented sponsorship of Nets community initiatives such as hosting fan meeting events and other activities.

In December 2016, iTalkBB and the Nets launched a sweepstakes for iTalkBB customers that granted academic scholarships to five students who showed significant perseverance in after-school sports activities. The winners were recognized at Asian Culture Night presented by iTalkBB at the game of Brooklyn Nets vs. Indiana Pacers on February 3rd, 2017.

On Oct 4th, 2017, three top players of Brooklyn nets Jeremy Lin, Jarrett Allen and Caris LeVert were invited by iTalkBB to meet and greet its fans at the iTalkBB Flagship Store in Flushing, New York. The three Nets players engaged and rewarded their Asian fanbase. They thanked all those fans for their constant support.

iTalkBB was also a presenting sponsor of many game nights at Barclays Center. Over the two-year corporate partnership, iTalkBB kept with the Brooklyn Nets 'goal of honoring Asian American culture. iTalkBB presented a Chinese Heritage Night with Brooklyn Nets, for consecutive two years, in 2017 and 2018. At a Chinese Heritage Night, guests and fans who showed up to see the Nets games had several opportunities available to the exclusive Asian culture experience, such as receiving red envelopes to stand for good fortune and winning gifts by participating a pop quiz about the Chinese Lunar Year.

iTalkBB is dedicated to providing a better life for Asian Americans. iTalkBB has the best understanding of this customer base and delivers the most effective marketing solutions. Their excellent Chinese TV services have been particularly popular among the Asian-American community for providing top live channels, hit movies, and exclusive TV shows. With more than 50% of Asian-Americans watching TV in the Asian language and more than five hours spent each day watching these programs, iTalkBB's TV platform is becoming the best and most effective gateway to accessing Asian communities.

iTalkBB, the parent company of iTalkBB Media, has always valued perseverance-a core spirit in sports. From its initial founding in 2003, iTalkBB has been devoted to providing better lives of Overseas Chinese and Koreans. iTalkBB has become the No. 1 internet telecom and Chinese TV provider to its market and has more than 30 retail stores worldwide and over 1.2 million users around the globe. One in five Chinese immigrants in North America relies on iTalkBB's products and services.