LAS VEGAS, Feb. 28, 2018 /PRNewswire-iReach/ -- February 27, 2018, Timothy D. Francis, DC, is a distinguished biographee of Marquis Who's Who. As in all Marquis Who's Who biographical volumes, individuals profiled are chosen from among a pool of the most prominent professionals and are selected on the basis of current reference value. Factors such as position, noteworthy accomplishments, visibility, and prominence in a field are all taken into account during the selection process. 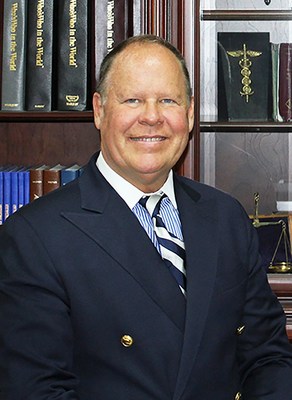 A widely regarded chiropractor and applied kinesiologist, Dr. Francis has maintained a private practice in Las Vegas for more than three decades. In this position, he is noted for his involvement with the International College of Applied Kinesiology and in developing his own unique approach to patients utilizing various schools of thought including chiropractic, acupuncture, nutrition, homeopathy, and various schools of muscle testing approaches. Dr. Timothy Francis has also been named a fellow of the British Institute of Homeopathy and International Academy of Clinical Acupuncture as well as from the American Association of Integrative Medicine. A noted contributor of over thirty five articles to the Collected Papers of the International College of Applied Kinesiology, he previously served the institution as a chairman of the Syllabus Review Committee, treasurer to the Board of Certified Teachers, board member of the ICAK-USA executive board as well as treasurer to the International Council.

Prior to pursuing a career in health care, Dr. Timothy Francis completed coursework through the University of Nevada, Reno as a honor roll student while a recipient of the Charles F. Cutts scholarship. He received the Phi Kappa Phi award in 1980 for outstanding academic achievements. He went on to attend the LA College of Chiropractic of the Southern California University of Health Sciences, where he received a Bachelor of Science in 1982 and Doctor of Chiropractic, magna cum laude, in 1984. While completing formal education, Dr Timothy Francis upon graduation was hired as a faculty member with the Department of Principles and Practice to teach chiropractic and biomechanics. Since entering private practice in 1985, he has completed postgraduate coursework through the University of Bridgeport - Connecticut receiving a master of science degree in biology/nutrition in 1990.

A diplomate in applied kinesiology and applied kinesiology board certified teacher, Dr. Timothy Francis has been licensed to practice in Nevada since 1985. Recognized with a diploma in homeopathy with the British Institute of Homeopathy. Dr. Francis is also a diplomate of the International College of Applied Kinesiology, Behavioral Medicine, and College of Physicians. Dr. Timothy Francis holds doctorates in chiropractic, homeopathy, and naturopathic medicine.

About Marquis Who's Who®:

Since 1899, when A. N. Marquis printed the First Edition of Who's Who in America®, Marquis Who's Who® has chronicled the lives of the most accomplished individuals and innovators from every significant field of endeavor, including politics, business, medicine, law, education, art, religion and entertainment. Today, Who's Who in America® remains an essential biographical source for thousands of researchers, journalists, librarians and executive search firms around the world. Marquis® publications may be visited at the official Marquis Who's Who® website at www.marquiswhoswho.com.

SOURCE Marquis Who's Who